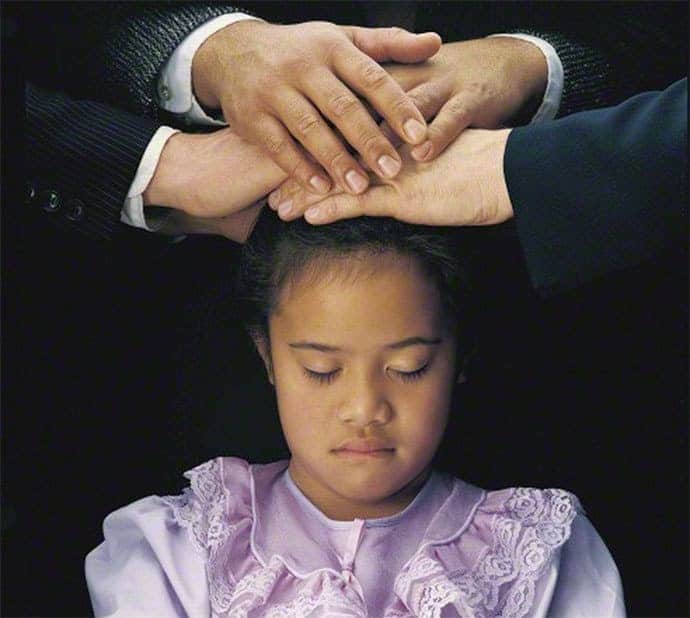 The confirmation ceremony is very simple and short.  Confirmations are sometimes given immediately following a baptism at the same ceremony, or they can also be given during a church meeting of the entire congregation on a Sunday.  Usually, the confirmations are during a Sunday meeting so that everyone can congratulate the new convert.

I’m writing this article to help those who are going to be confirmed so that they understand what it’s like and what to expect, and also for those who may have been asked to attend a confirmation ceremony, so you also know what it’s like.

The person saying the prayer says the name of the person being confirmed, and then says something to the order of “In the authority of the Melchizedek Priesthood, I confirm you a member of The Church of Jesus Christ of Latter-Day Saints and say unto you, receive the Holy Ghost.”

Then, the person giving the blessing gives certain blessings to the person being confirmed during the prayer.  For example, one may be blessed with understanding as he or she learns more of the gospel, or faith in Jesus Christ, etc.

Those in the congregation bow their heads and quietly listen to the prayer that typically only lasts a minute or two.  When the prayer ends, all say “Amen.”