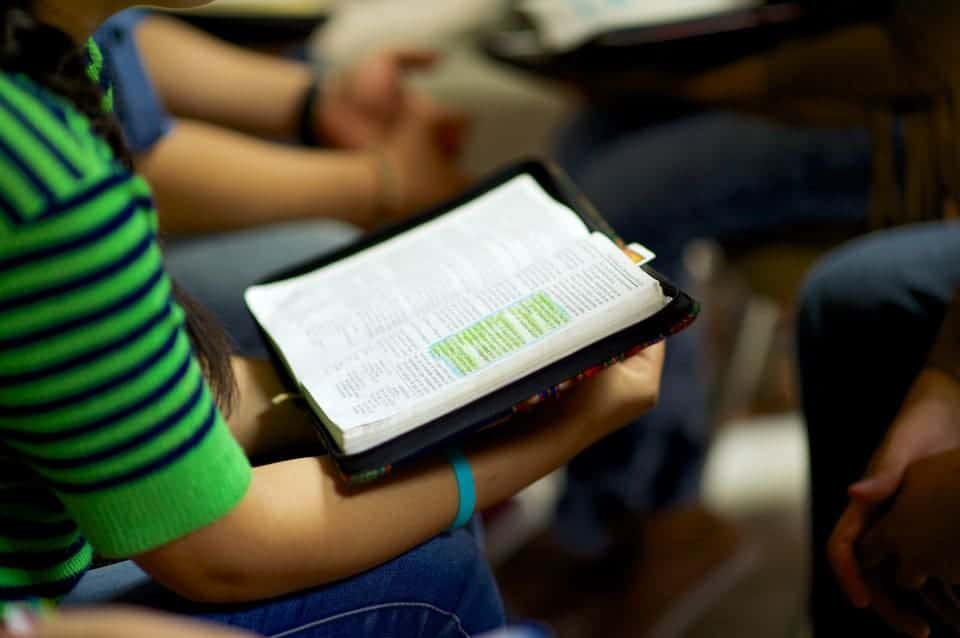 As a life-long Mormon, I’ve been asked hundreds of times from friends and acquaintances about the verses in Revelations 22:18-19 which warn of plagues upon those who add or remove things from the Bible.  I’ve been asked how Mormons respond to this verse, and I’d like to provide that here.

In short, The Bible actually warns against making additions or subtractions from its pages multiple times–not just the oft-quoted verse in Revelation.  One such warning can be found in Deuteronomy 4:2.  If these verses meant that no scripture could be given after this time, then The Bible should have ended in Deuteronomy.  These verses refer to those who would corrupt the writings of those apostles by twisting their words.  They do not mean that God’s words will never again be spoken or recorded.

In this article, I’d like to delve into the nuances of this position in greater detail, but first, THANK YOU for taking the time to read about my religion.  From your search on this topic, it’s obvious that you’re someone who seeks to understand and doesn’t just want to attack other religions.  Thank you.

Great question.  Actually, the text of this verse clearly tells us how we should interpret this scripture.  Let’s look at the words again, with some bolded emphasis added:

“For I testify unto every man that heareth the words of the prophecy of this book, If any man shall add unto these things, God shall add unto him the plagues that are written in this book:  And if any man shall take away from the words of the book of this prophecy, God shall take away his part out of the book of life, and out of the holy city, and from the things which are written in this book.”

How many prophecies were there in the Bible?  Hundreds?  Thousands?  From Moses to Adam to Peter, there were countless prophecies.  In this verse of Revelation, John specifically states that his warning is to those who add or subtract to that specific book of prophecy–the Book of Revelation.

Another way that we can tell that this warning is specific to that book is to look at the chronology.  While the Book of Revelation is the last book in the Bible, it was probably not chronologically the last book written.  So if the warning meant that no scripture could be written after that, we would have to cut some books out of the Bible.  There are many theories as to the order in which the New Testament books were written, but most scholars agree that Revelation was not the last book.

Further Evidence That Revelation 4:2 does not mean the end to scripture can be found in the Old Testament.  In Deuteronomy 4:2, we read:

This warning, which is substantially similar to the warning in Revelation, must also be dealt with.  If we understand the Revelation verse to mean no scripture can be given after that time, then how can we accept that there were many thousands of verses of scripture revealed after almost the same verse was written in Deuteronomy?  Simple.  Because the writers were warning those who would twist and change the words they wrote.  A plain reading of these verses simply does not say that God would never reveal other scripture.

For all of these reasons, the verse simply cannot mean what some people construe it to mean.

What Exactly Does The Book of Mormon Say?

Here is the story of The Book of Mormon, in 60 seconds:

The Book of Mormon begins in Jerusalem where a prophet is warned that the city will be destroyed and that he should leave.  His group travels a great distance and eventually builds a boat where they travel to a distant land.  This prophet teaches the people that a Savior will come to the world to save it from sin.

However, the people do not listen and eventually divide into two main groups.  Over hundreds of years, the people fight back and forth as they repent and come to follow God, then they prosper, become prideful, and eventually fall back into sin.

For a long period after Christ’s appearance to the Book of Mormon people, they were righteous, but eventually fell back into sin.  The ending of The Book of Mormon is a tragedy–the people forsake the righteous ways of their fathers and fall away.  One of the last prophets in the book was Mormon, who compiled the writings of the previous prophets into one volume and that is why the Book bears his name.

Nearly the entire Book of Mormon is centered on the Lord and Savior Jesus Christ.  It teaches that we can only repent and return to live with God by repenting of our sins and following Him.  Every 2.8 verses in the book mention Christ.

If you have never read The Book of Mormon, I encourage you to get a free copy from Mormon.org, or just go read it online.  Start reading right here at the climax of the Book where Christ finally appears to the people.

How Do Mormons Reconcile The Book of Mormon with the Bible?

The teachings in The Book of Mormon are not in conflict with the writings of the Bible.  As Mormons, we study both the Bible and the Book of Mormon extensively both personally and in church meetings.  We believe both to be holy scriptures which are given us by God.

The Book of Mormon is subtitled “Another witness of Jesus Christ” because it, too, testifies of the Lord.  There is not conflict between the teachings of the books.

Let me give you one simple example of the relationship between The Book of Mormon and the Bible.  Remember the story of Moses where the people were dying and he lifted up a serpent made of brass (Numbers 21)?  Remember how the Bible says that those who looked to the brass serpent were totally healed?  In the Bible, this story is oft forgotten because it is short and does not have a readily obvious moral of the story.

“He sent fiery flying serpents among them; and after they were bitten he prepared a way that they might be healed; and the labor which they had to perform was to look; and because of the simpleness of the way, or the easiness of it, there were many who perished.“

The moral of the story, that it is so simple to look to Christ that some become distracted and lose themselves, is lost from the biblical text, but is reinforced by The Book of Mormon.

This is a very small example, but there are many larger ones.  The Book of Mormon clarifies the nature of God, our purpose on earth, the requirement for repentance and righteousness, and why infant baptism is not necessary.

I love The Book of Mormon as well as the Bible.  I understand why some would be concerned on hearing of a new book of scripture.  To those, I simply ask you to read the book before judging it.

Again, thank you for taking the time to respectfully learn more about the religion that I love.  I hope this study has been helpful.  I’d be happy to address any questions in the comments, but please be respectful.

7 thoughts on “Why Do Mormons Think It’s Okay to Add to the Bible?”