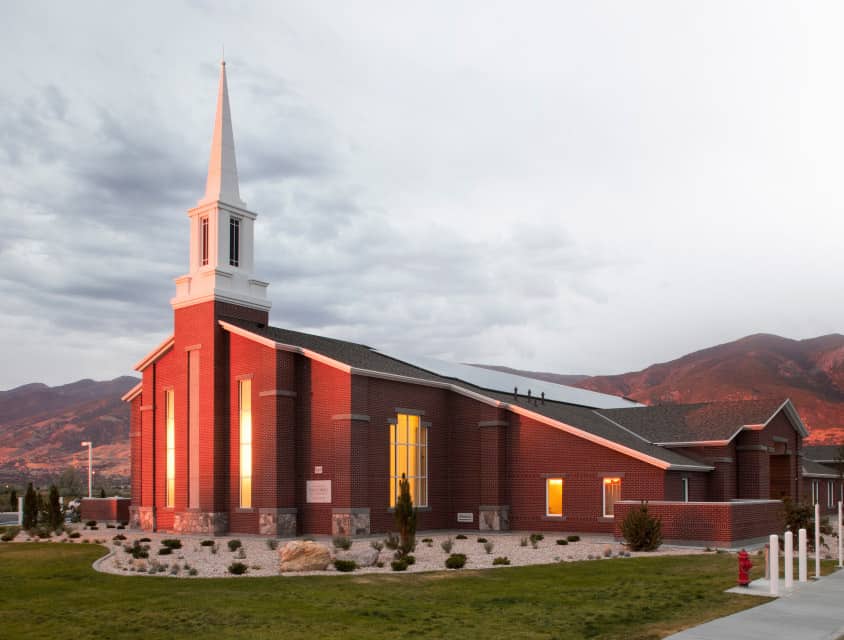 I have lived in Boise since I was a little kid.  I’m also a member of The church of Jesus Christ of Latter-Day Saints.  When some people consider a move to Boise, they wonder how “Mormon” the community is.  Well, here’s your answer.

Boise has many Mormon churches around the Treasure Valley, and there are Mormon temples in Boise as well as Meridian.

How Does the Latter-Day Saint Culture Affect the Boise “Vibe”?

Boise is a wonderful place to live.  If you love the outdoors, you’ll love hearing that Idaho has more public land than any other state except Alaska.  We love fishing, hunting, white water rafting, mountain biking, dirt biking, and camping.  We destroy any football team who dares enter the blue turf at Bronco Stadium, and we like our guns.  But all of that is just generalities.  I know lots of people who despise the outdoors and who (gasp) don’t watch BSU football.

One thing is for certain, though, it is definitely pronounced “Boy-See” and never “Boy-Zee.”  If you say “Boize”, we’ll know immediately that you’re from California 🙂  (That was a joke).

Boise is quite the melting pot of races and nationalities.

Boise is a very family-oriented community.

Contrary to popular perception, most Boiseans have never even met a potato farmer.

I’m not really sure how much of Boise’s vibe is affected by Mormons.  Personally, I think it has to do a lot more with just the conservative people who live here.

Idaho has always been a very conservative state in terms of politics, morality, and its general view on life.  So to the extent that this also coincides with Mormon culture, then yes I’d say Boise is a very conservative place.  If you’re a raging liberal, hate guns, love abortion, and like the idea of a welfare state, then it’s going to be difficult to fit into the Boise political culture.

However, Mormons do not have a designated political leaning.  Harry Reid was the minority and majority leader in the US Senate and is a Mormon.  At the same time, Mitt Romney, also a Mormon, was running for president as a Republican.

Do Latter-Day Saints Keep to Themselves?

I have occasionally heard non-Mormons say they felt like the Mormons keep to themselves.  I wouldn’t agree with this, but I do think there are things both Mormons and non-Mormons can do to integrate with each other more.

Honestly, I think the only real issue is that people seem to spend time with those who are like them.  As a Mormon, I have certain values and goals in my life.  I also live by a personal code of conduct that includes things like not drinking alcohol, going to church on Sunday, etc.  Some of those things make me different, and it’s nice to be with others who understand that.

I do think Mormons need to be careful not to do anything that could make it seem like Mormons keep to themselves and don’t include others.  But similarly, I think some people just never seek to understand Mormons at all, and exclude them because of that.

If you are reading this and are a non-Mormon, my advice to you if you see this situation is to simply learn to understand what it means to be Mormon.  You don’t have to go to church or get converted or anything.  Just at least understand why we are the way we are.  Talk to a Mormon and ask some questions.  If you do, you’ll really help toward making Mormons feel comfortable and understood around you, and the divide will be gone.  In my personal experience, I have been great friends with plenty of non-Mormons who were respectful and supportive of my religious affiliation and we got along great.  I also knew those who were really antagonistic and weird about it, and it made the relationship difficult to develop.

Both Mormons and non-Mormons need to work to understand and include one another.

Generally, this is not an issue at all in Boise.   I have friends who are not of our faith and we get along just fine 🙂