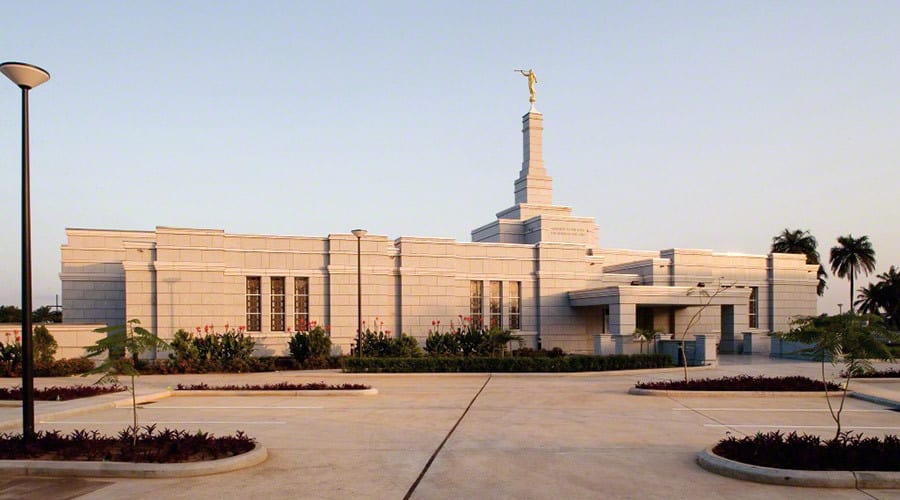 I’m a Mormon.  I have been all my life.  Consequently, I’ve never drunk coffee–ever.  Not even once.  It may seem strange to some, but for me, it’s just a way of life.

There is a simple reason why Mormons don’t drink coffee: We believe the prophet Joseph Smith received revelation from God commanding the church to follow a specific diet.  We believe that God blesses us with health and other spiritual blessings for following this commandment.  This is not unusual when you think about it.  God also commanded His people in Biblical times to follow a specific diet.  It’s really as simple as that.

The teaching comes from the Lord’s law of health that was given from God to Joseph Smith, and which echoes similar laws taught in the Bible.

Where the Teaching About Coffee Came From

Joseph Smith was the first Mormon prophet.  We believe that God and Jesus Christ directed him to re-establish God’s church–the same church that existed when Christ was on the earth.

As God’s prophet, just like Moses and Abraham and Noah from the Bible, Joseph Smith received teachings from God and relayed them to the people.

In 1833, Joseph Smith taught God’s law of health.  You can read the whole thing here.  It contains many teachings which by today’s knowledge of science and health would be common sense, but which at the time almost no one in the world knew about and few believed.  For example, it teaches that we should not use tobacco.

It also teaches that alcohol and other “strong drinks” should not be consumed.  While many consume alcohol socially without causing any real harm, Mormons do not so that we can maintain full control of our choices.  It’s difficult to count the number of lives which have been ended and the wrongs that have been done because of alcohol abuse.

Coffee is never actually mentioned by name in the Lord’s law of health.  Rather, it says to not consume “hot drinks.”  Later, members of the church asked the prophet what this phrase meant, and it was clarified that “hot drinks” means coffee and tea.

This is interesting as well.  Science today in 2016 is just finding the dangerous affects of “hot drinks.”

But, to us, the choice to keep this commandment isn’t about science.  It’s about doing what God asked us to do, and we believe that when we do so, God blesses us.

God made many promises to those who follow his law of health.  Here is what the Word of Wisdom (what Mormons call their law of health) says adherents will be blessed with:

“And all saints who remember to keep and do these sayings, walking in obedience to the commandments, shall receive health in their navel and marrow to their bones.

And shall find wisdom and great treasures of knowledge, even hidden treasures;

And shall run and not be weary, and shall walk and not faint.

And I, the Lord, give unto them a promise, that the destroying angel shall pass by them, as the children of Israel, and not slay them. Amen.”

Why Doesn’t the Bible Mention Anything About Coffee, Then?

However, the Bible does show us a few things that can help us understand why the Lord would reveal a law of health.  The Bible teaches: (1) That God has always had laws of health (2) that we should remain free of addiction, and (3) that God wants us to protect our bodies from harm.

In the Old Testament, God commanded the people not to eat some types of meat.  Other biblical references warn against eating too much sugar (Proverbs 25:16), teach to eat wholesome grains (Ezekiel 4:9), etc.  These verses (and literally dozens of others I could add) show that God creating laws of health with specific prohibitions is not at all a novel concept.

There are dozens more references in the Bible about addiction.

Last, God taught in the Bible that we were created in the image of God (Genesis 1:27).  The Bible says, “What? know ye not that your body is the temple of the Holy Ghost which is in you, which ye have of God, and ye are not your own?  For ye are bought with a price: therefore glorify God in your body, and in your spirit, which are God’s” (1 Corinthians 6:19-20).

Is This About Caffeine?

Possibly.  Many have assumed that the reason the Word of Wisdom prohibits drinking coffee is because of the amount of caffeine in the drink, which has been shown time and again to cause health problems.  However, I do want to point out that the reason WHY the Lord prohibited coffee in the Word of Wisdom is not explained.  Just as in Biblical times when the Lord commanded the people to only eat manna for a time, to not eat pork for a time, etc, there were no reasons explained for those commandments.  The Lord simply told the people what to do, and not why they were doing it.

Because Mormons believe our prophet receives revelation for God, we are able to follow this commandment.  The reason WHY is less important to us, but is nonetheless interesting.

Don’t you ever want to at least try coffee?

Nope.  Not really.  I’ve learned long ago that I’m happiest when I stick to my beliefs.  I can understand that it may seem strange, but I bet it’d make more sense if you read this page that explains why I’m a Mormon and why I believe.

I’ve seen enough to know that my religion is true and that I can be closest to God by following the teachings I learn in the scriptures and at church.

Thank you for taking the time to learn about our beliefs.  There are many, many people in the world who seem bent on ridiculing and belittling the sincere beliefs of others.  I appreciate you taking a minute to seek to understand us.

If you’d like to learn a little more, I’d love it if you read this page about why I believe.